President Donald Trump is fixated with trade deficits and has used the US’s to threaten a trade war. As a result, American trade policy is causing alarm around the world.

Among the many concerns raised by the present policy is the way Trump himself ignores knowledge.

Key members of his team are using their expertise, often pretty sophisticated, to fine-tune their actions to meet Trump’s objectives while being able to claim the US is acting within international trade rules.

For Trump, it’s much cruder. It’s all about the deficit and great American power. It’s a high-risk approach that could backfire.

This is the second of a three-part series on the challenge of complexity in public policy-making. The first looked at patents and access to medicines. The next looks at Brexit. This one is about Trump and trade.

It began in relatively narrow areas: the US withdrawal from what was the TPP and is now the Comprehensive and Progressive Agreement for Trans-Pacific Partnership (CPTPP), signed by the remaining 10 countries; and the push to renegotiate two agreements, the North American Free Trade Agreement (NAFTA) with Canada and Mexico, and the US-S.Korea agreement (KORUS).

They are big issues for the countries involved. The rest of the world watched with concern but were not immediately affected.

Then on March 8, came the announcement that the US would impose tariffs (import duties) of 25% on steel and 10% on aluminium. The purpose was to protect American jobs in an industry that commands nostalgia but has been in decline for decades.

For steel, the US’s biggest complaint was about the cheap Chinese product, which has contributed to a global surplus and depressed world prices. But since China exports only a small amount of steel to the US, other countries would be hit harder, and by raising its trade barriers, the US would be depressing world prices even further.

Supplying countries reacted with alarm. The EU and China prepared hit-lists of their own, with tariffs proposed on carefully selected US exports. At the same time, the EU and some others also sought consultations with the US to be exempt from the tariffs — South Korea did so by agreeing to limit its steel exports to the US.

The United States hasn’t had a Trade Surplus with China in 40 years. They must end unfair trade, take down barriers and charge only Reciprocal Tariffs. The U.S. is losing $500 Billion a year, and has been losing Billions of Dollars for decades. Cannot continue!

Since then the situation has evolved fast. The US and China piled on the tit-for-tat tariff increases and retaliation. Experts warned that trade wars have no winners, and that fighting China will not be simple. The EU’s retaliation list was formally notified to the WTO on May 18, quickly followed by similar documents from India, Japan, Russia and Turkey

But some suggested that US tactics were actually producing the results that Trump wanted. This view seemed to be confirmed when the US and China agreed in mid-May to hold back on raising some of their tariffs against each other, but in a separate quarrel over intellectual property, not metals.

Others pointed out that Trump’s supporters would suffer the most. Former WTO chief Pascal Lamy said Trump’s policies were too contradictory do be sure what he actually intended, and suggested the rest of the world might have to settle for a “WTO minus the US”.

The rest of the world were also alarmed because, by arbitrarily citing national security as a justification, the US appeared to be undermining international rules that had provided predictability and stability to world trade since the Second World War. One company even claimed the move was unconstitutional.

Worse, the US was blocking the appointment of appeals judges, who are crucial for dispute settlement in the World Trade Organization (WTO), meaning any future case brought against the US might not be able to produce a definitive ruling. The same is true of cases brought by the US. Trump actually inherited this from the Obama years.

WTO Director-General Roberto Azevêdo warned of a trade war with severe economic impact, although he added there was no sign the US was walking awayfrom the WTO (you can listen to the 23-minute interview here).

Whatever the eventual outcome, one aspect of this policy worries most economists.

Trump’s argument is that all these trade agreements, from NAFTA to the WTO, are unfair to the US. His “proof” is the US trade deficit — how much more the US imports than it exports, both globally and with specific countries particularly China but also the EU and Mexico, and even Canada. (His demand for “reciprocal” tariffs is also confused, but that’s another story.) Competing to ‘do stupid’: MillerCoors was one of the first US companies to warn of job losses | Bekka Mongeau, Pexels

Taken at face value — and we have no grounds to doubt it — Trump’s obsession with the trade deficit shows a poor understanding of economics. (See for example this explainer, this article, this one, and this one.)

First, trade agreements have little effect on trade surpluses and deficits. Overall, the US and the EU match each other in having pretty low trade barriers generally, both also having exceptions in certain sectors such as agriculture. They broadly match each other in what they’ve agreed in the WTO and therefore WTO trade agreements cannot explain why the US has a trade deficit with the EU.

Second, there are other much more important reasons for a trade deficit. To understand why, we have to look below the surface, not just at imports, exports and trade barriers. One important reason is how much a country spends both internally and externally, compared with what it earns, and ultimately how much it saves and invests — by its consumers, businesses and government. That, in turn can be affected by the country’s economic growth.

In this, the government is a major player. The US budget deficit — how much more the government spends than it earns — has been rising for several years. It was $665.7 billion in the 2017 tax year, 3.5% of gross domestic product (GDP, essentially a measure of the size of the US economy). This might almost double to over a trillion dollars by 2019, an official budget watchdog has warned.

The reasons include tax cuts introduced with pride by Trump himself and increased government spending. In other words, Trump’s own tax policy will worsen the budget deficit and therefore also worsen the trade deficit, unless there are other factors to counter the impact.

Third, a trade deficit between the US and one country does not say much about the US’s trade balance with the whole world. It doesn’t make sense to try to be in balance with everyone individually. This is particularly the case with modern supply chains where components and services cross many borders before the final product is produced.

Fourth, some economists question conventional trade figures. For several years now WTO economists, and its former director-general Pascal Lamy, have argued that we should be less interested in total values of trade, and more in the value that’s been added to goods and services in the exporting country.

“The US-China trade deficit? Drops by 45% on a value-added basis — the better economic way to measure it,” tweeted the WTO’s chief economist Robert Koopman. Why? “Chinese exports to [the] US include a lot of Japanese, Korean, and even US own content.”

Some even argue that the value of services and knowledge (or intellectual property) should be included as well.

And finally, because products form supply chains they cannot be seen in isolation. Trump’s tariffs might turn out to be bad for American jobs overall because they will raise the prices of steel and aluminium inside the US, which in turn will hurt US manufacturers using the metals. One of the first to warn of job losses was beer-maker MillerCoors, because of the increased cost of cans. Exports can suffer too.

A broader attack on imports would hurt major manufacturers such as Boeing, whose aircraft use components from all over the world. Blocking imports hurts your own companies: Boeing needs them to make its Dreamliner

‘We can also do stupid’

Trump and his team did not seem to care. Steel and other metals industries are more important constituencies for them. Both US Trade Representative Robert Lighthizer, and in a more complex way Commerce Secretary Wilbur Ross, have long histories of working for the industry.

But that’s not the end of the story. Not by any means. Retaliation by other countries will make this worse for everyone.

“We can also do stupid,” said European Commission president Jean-Claude Juncker as he and his staff drew up their retaliation list.

Donald Trump’s entire election campaign was based on a whole range of simplistic statements. They resonated with large numbers of voters who had little time for the detail. And now the resulting policies risk causing damage both to those voters and globally.

On top of that, Trump even claimed that “trade wars are good, and easy to win”. They’re not, not even for a powerful country like the US. There are no winners. The US and Chinese tariffs are both going to hurt the US (and China). As Juncker said: it’s just “doing stupid”.

The problem is an inability to see beyond the immediate, and to be blind to knock-on effects and retaliation, and to grasp how economies work.

But even if everything falls apart, the simplicity provides its own excuse. Blame and simple slogans are already at hand. It’ll be the fault of deceitful countries, the Washington swamp, “cheatin’ Obama”, “crooked Hillary” (Clinton), “Rocket Man” Kim Jong Un, and so on. Trump doesn’t have a nickname for the Chinese but he has accused them of raping the US, cheating and stealing, although he hesitates to say it to their face.

The US is not by any means the only country where expertise is ignored. In the concluding part of this series we turn to the United Kingdom.

Next: Brexit
Find out more: This article by the “Undercover Economist”, Tim Harford, examines in detail why facts often lose out

Peter Ungphakorn is based on the shores of Lake Léman in Switzerland. He spent almost two decades with the WTO Secretariat, Geneva. Before that he worked for The Nation and the Bangkok Post. He now writes for IEG Policy on agricultural trade issues and blogs on trade, Brexit and other issues at https://tradebetablog.wordpress.com/ 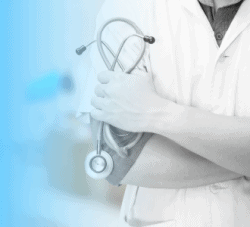 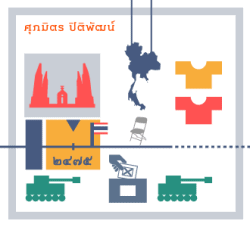 Peter Ungphakorn | Feb 23, 2018
What might unite yodellers, rappers and 5,000 Swiss artists of all kinds? A bitter battle that is simultaneously about cultural identity and diversity. Peter Ungphakorn considers some wider issues raised by a controversial Swiss referendum that could decimate the national broadcaster. 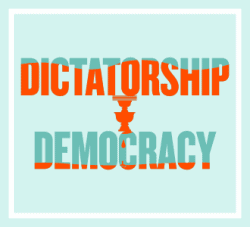 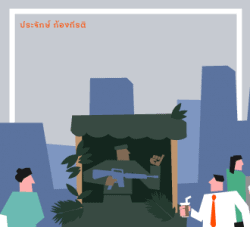