Swiss voters on the horns of a dilemma (or three) Cows are an unofficial emblem of Switzerland | CC0

If you are on the horns of a dilemma,
you have to choose between two things,
both of which are unpleasant or difficult.

(If anyone had been expecting this Léman column to be yet another episode in the Brexit saga, sorry to disappoint. Brexit will run and run, and in any case anything I write now will be out of date tomorrow morning, if not in the next hour.)

UPDATE: The results of the November 25 voting were:

NOVEMBER, and that means the last of four dates this year for public votes in Switzerland. They are often called referendums although technically the term only applies in some instances. This time, on Sunday November 25, one of the topics indirectly challenges the role of International Geneva.

Altogether, the three topics up for a vote nationally this month are a truly mixed bunch, covering international obligations, the welfare of cows and insurance fraud. Quite a challenge for voters.

Strictly speaking two of these are “popular initiatives” to change the constitution, and one is an “optional referendum” when sufficiently large popular demand forces the government to refer a proposed new law to voters.

One initiative asks whether Swiss law should be subject to international law and treaties, or be allowed to overrule them. Another asks whether cows are happier with or without their horns. The third topic, the optional referendum, asks whether private insurance companies should be allowed to use limited espionage techniques to check on possible cheats.

In Europe, November began emotionally with commemorations of the 100th anniversary of the end of the First World War, on November 11, 1918. Perhaps 40 million people or more died in that devastating and pointless conflict.

One of the most touching images to emerge from the commemoration was the picture of the German and French leaders, heads together, from nations previously in bitter conflict in both world wars, moved by the ceremonies and the peace they now enjoy. The wasted lives lost in the First World War were the result of rivalry over nationalism and imperialism.

Only a few days before the centenary, US President Donald Trump had proclaimed to cheering American supporters that he was a nationalist and proud of it.

French President Emmanuel Macron told him to his face during the ceremonies that the last thing the world needed was nationalism. Patriotism, yes. Nationalism, no. Trump was not happy.

And then came Macron’s touching tête à tête with German Chancellor Angela Merkel at another public ceremony. Their two countries had been at the centre of the death and destruction of two world wars.

All these events commemorated the international cooperation that has eventually brought peace to most of Europe for over 70 years.

Paris was symbolic in another way. Of all the problems facing the world a century after the First World War, the biggest is climate change, and the only solution lies in international cooperation, starting with the 2015 Paris agreement. And guess what? Trump doesn’t like that either.

Viewed from the perspective of those events, international cooperation is a no-brainer. It’s essential for peace and global well-being, particularly when our actions have impacts way beyond national boundaries, as with climate change.

If cooperation is to work, countries have to first reach agreement and then comply with those agreements. And if the agreements are legally binding, then they should bind countries’ domestic laws too. Otherwise they are likely to be worthless.

But now in 2018, right-wing sentiment is moving in the opposite direction. Trump himself complains about international agreements, for example on trade, which the US negotiated and signed, often after the US itself pushed for those deals. He now calls them “unfair” to the US.

In Britain, part of the Brexit drive was about “reclaiming sovereignty” from “foreigners” in the European Union, even though Britain had as much say as the other EU countries and often more than the smaller ones. And then there’s Switzerland, a small nation, in the middle of Europe, surrounded by and partly dependent on four European Union members.

Switzerland may be small, but its international role is large. Because of its neutrality, Switzerland has been a mediator in international conflict. Its embassies have helped keep diplomatic channels open between countries that no longer have ambassadorial relations, for example, between the US and Cuba, and representing the US in Iran, and Iran in Egypt.

Geneva’s contribution to humanitarian issues means it has given its name to international conventions protecting the rights and welfare in war of civilians, the wounded and prisoners.

With all those international organisations, Geneva probably produces more conventions, agreements, treaties and rules than any other city in the world.

And yet, In its wisdom, the extreme right-wing Swiss People’s Party has collected the required 100,000 signatures so it can present to voters a proposed constitutional amendment that would weaken within Switzerland the work those organisations are producing in Geneva.

The initiative aims to ensure that international laws and treaties cannot dictate Swiss law. Presumably that would apply even if Switzerland has been part of the negotiations. The initiative uses slogans such as “Swiss law first” and “self-determination”.

No other party supports this. Both houses of the Swiss federal parliament have rejected it. So has the Federal Council (the government). They argue that the initiative would undermine Switzerland’s international role and could ultimately force it, for example, to leave the United Nations.

Proponents say yielding sovereignty to international law undermines the Swiss system of direct democracy, which has as its heart the regular popular votes at federal, cantonal and local levels.

Essentially the vote is about shared responsibility versus freedom from “outside interference”. The latest opinion poll suggests that while the public are still more sympathetic to the initiative than the political parties, opposition is growing and the initiative is heading for defeat unless there is a last minute turnaround.

Then, once they’ve sorted out that conundrum of lofty international affairs, Swiss voters are asked to bring their attention crashing straight down to the ground. Happy cow? Most cattle in Switzerland have their horns removed while they are young | CC0

Should cows keep their horns?

Up comes Armin Capaul, a farmer originally from the wilds of the south-eastern canton of Graubünden and now in the north of Bern canton. He objected to the common practice of removing horns from young calves, and started a campaign that eventually also acquired the 100,000 signatures needed for the initiative to be put to the vote. The aim is for the government to subsidise farmers who keep cattle (and goats) with their horns.

The Swiss electorate has been treated to claims and counter-claims about whether the calves suffer when the horns are removed, even with pain-killers, how it might or might not affect their lives, their social relations and their aggression, all the way down to the impact on the space farmers would have to make available in the barns if the cattle kept their horns.

Swiss agricultural regulations increasingly protect animal welfare. But in this case the government opposes the initiative, while political parties and farmers’ organisations are split. Some urban Swiss say they have no idea how to vote on this one. The latest poll shows the largest number of “don’t knows” (5%) among the three topics. The result is in the balance. Cheating versus personal rights: What should be the limits of anti-fraud surveillance? | CC0

The final topic is about whether or not to give private detectives hired by insurance companies increased powers to monitor whether customers are cheating, for example pretending to be disabled when they aren’t.

No one likes insurance fraud. At the very least it raises the cost of insurance premiums for the rest of us. But against that are rights to privacy, particularly if the person suspected of cheating is actually honest. Critics also say the law is badly written and open to interpretation.

This issue started out as a proposed law, not a popular initiative. Opponents collected the required 50,000 signatures to force the government to refer the law to voters.

Surveillance was allowed before 2016 but that stopped when the European Court of Human Rights ruled that the practice infringed civil rights.

The government’s response was to rush out a new bill. This would allow private investigators to watch, photograph and record suspects in public spaces, including balconies and other locations that are freely visible from public areas. But they would not be allowed to use telephoto lenses, night vision devices or directional microphones.

GPS devices could be used to track suspects but only with a court order.

“A reform of the social insurance legislation, proposed by the government, was already before parliament,” says SwissInfo, the website of the public broadcaster. “Considering it urgent to provide a legal basis for surveillance activities, a parliamentary majority decided to deal with the sections about surveillance as a matter of priority.”

And that’s when opponents collected the 50,000 signatures to force a referendum. Again, the political parties are divided, with those on the right generally supporting the law and those on the left opposing it. Public opinion seems to be in favour.

Peter Ungphakorn is based on the shores of Lake Léman in Switzerland. He spent almost two decades with the WTO Secretariat, Geneva. Before that he worked for The Nation and the Bangkok Post. He now writes for IEG Policy on agricultural trade issues and blogs on trade, Brexit and other issues at https://tradebetablog.wordpress.com/. He tweets @CoppetainPU. Peter Ungphakorn | Sep 21, 2018
The Swiss vote again this Sunday, and two of the three issues on the ballot papers are agricultural. So Peter Ungphakorn has another quiz: what’s the biggest Swiss agricultural export and what’s it got to do with food sovereignty? Peter Ungphakorn | Aug 24, 2018
Instead of a Letter from Europe, here are some postcards from one of Peter Ungphakorn’s favourite places on earth. It’s called the Isle of May and it’s well worth a visit. 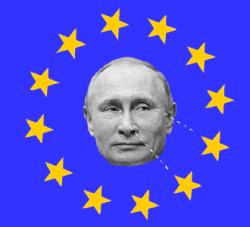