Postcards from May — no not that one Fratercula arctica: Can the decline be stopped?

August is the summer holiday month in Europe. Everything slows or shuts down completely. So does politics, or at least it tries to.

The press used to call it the “silly season” because the only news was frivolous. But now with Trump tweeting and the Brexit war banging on, politics and the silly season have merged all year round.

Still, it’s a good time for the “Léman” column to take a break from the heat and travel to somewhere really cool.

So instead of a Letter from Europe, here are some postcards from one of my favourite places. It’s called the Isle of May and a visit is a real treat. It’s a nature reserve with a spectacular range of wildlife, from its cute puffins (one of the main attractions) to its soaring cliffs crammed full with noisy and anarchic seabirds.

The rugged treeless landscape is lush with vegetation and in some seasons, colourful flowers. A leisurely walk around the island only takes an hour or two, but visitors should be prepared to be dive-bombed by gulls and arctic terns if they get too close to the birds’ nests. They can also enjoy clifftop picnics while seals in the waters below spy on them. “Island of seagulls”: The Isle of May seen from the Fife coast.

The Isle of May is located in the north of the outer Firth of Forth, approximately 8 km off the coast of mainland Scotland. It is 1.8 kilometres long and less than half a kilometre wide. The island is owned and managed by Scottish Natural Heritage as a National Nature Reserve. The name’s origin is uncertain. One possibility is from Old Norse (the old language of Norway and Scandinavia), meaning “island of seagulls”. Another is that it’s from “Magh” meaning a plain in Gaelic, the Scottish language. “Princess of May”: Sailing times depend on the tide and the ability to dock on the island

Most visitors to the island are daytrippers taking the boat from Anstruther in Fife on the north shore of the “firth” (Scottish for a sea inlet or widening river as it reaches the sea). There are other routes. Some go from nearby Crail. The journey from Fife takes 45 minutes. Some go from North Berwick on the south shore of the firth. Up to six visitors can stay at the bird observatory, usually for a week at a time. Isle of May and Kingdom of Fife: The island is at the point where the Firth of Forth joins the North Sea.

The island is closed to visitors from 1 October until Easter (around April) to prevent disturbance to the large number of seal pups. The Scottish Seabird Centre at North Berwick (on the south bank of the firth) has two live cameras on the island, which can be remotely controlled by visitors, to allow close viewing of the seabird cities, including puffins, guillemots, razorbills, shags, cormorants and terns and the fluffy grey seal pups in winter, without disturbance. The Scottish Seabird Centre also runs boat trips to the Isle of May. (From Wikipedia.) Buzzing with life: some of the 290 bird species (and one of the mammals) that can be seen on or around the island.

Highlights of wildlife activity are regularly blogged here. Sadly, this includes occasional reports of plastic waste, which plague the seas everywhere, being washed up on the shore. The island has a colourful history of smugglers, mythological creatures, and Scottish rebels hiding from the English. Its surrounding rocks were also a hazard on the busy shipping route out of Edinburgh, along the coast and across to Europe, so a lighthouse, originally fired by coal, was built in 1636. There are now no permanent residents, but St Adrian’s Priory was on the island during the Middle Ages.

Prolific May, whose everburing lamp
Through danf’rous seas, between approaching coasts,
In pitch of night, directs the doubtful path
Of fearless mariner Phoca vitulina: In August there are fewer birds but lots of seals — grey seals as well as these harbour seals. Baby food: Puffins fly for miles across the sea to catch sand eels to feed their young. Home sweet home: Puffins bring up their young in holes in the ground among the bladder campion plants, sometimes shared with rabbits. The breeding season is usually around June-July.

But all is not well with the cute birds that are such an attraction for visitors. Puffin populations are declining from Iceland to the North Sea, including the Isle of May. Scientists are unsure of the reasons although falling fish stocks are thought to be part of the reason. One exception seems to be an island in Wales called Skomer where the population is booming and scientists are taking a closer look to see why. Skomer is already so popular that photographers in search of puffin pictures are now endangering them by trampling burrows and nests. Home sweet home: A family of kittiwakes high up a cliff face. High density housing: every available spot is used during the breeding season. Bird city: The rock is grey but the cliffs are white with bird excrement Like velvet: The cool, wet climate produces lush green grass, except in some years of drought (like 2018) Rugged and treeless: The southern tip and the North Berwick coast Peaceful? From a distance, the island looks small and quiet. When you get there, it’s busy and noisy, like a city.

Peter Ungphakorn is based on the shores of Lake Léman in Switzerland. He spent almost two decades with the WTO Secretariat, Geneva. Before that he worked for The Nation and the Bangkok Post. He now writes for IEG Policy on agricultural trade issues and blogs on trade, Brexit and other issues at https://tradebetablog.wordpress.com/. He tweets @CoppetainPU. Peter Ungphakorn | Oct 20, 2017
National identity is becoming more complex. Some fight for separation and independence, while others head the opposite way by seeking layers of nationality. Where better to start looking, Peter Ungphakorn suggests, than at a World Cup football match? 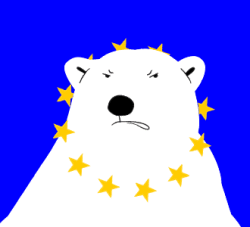 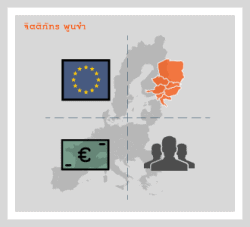